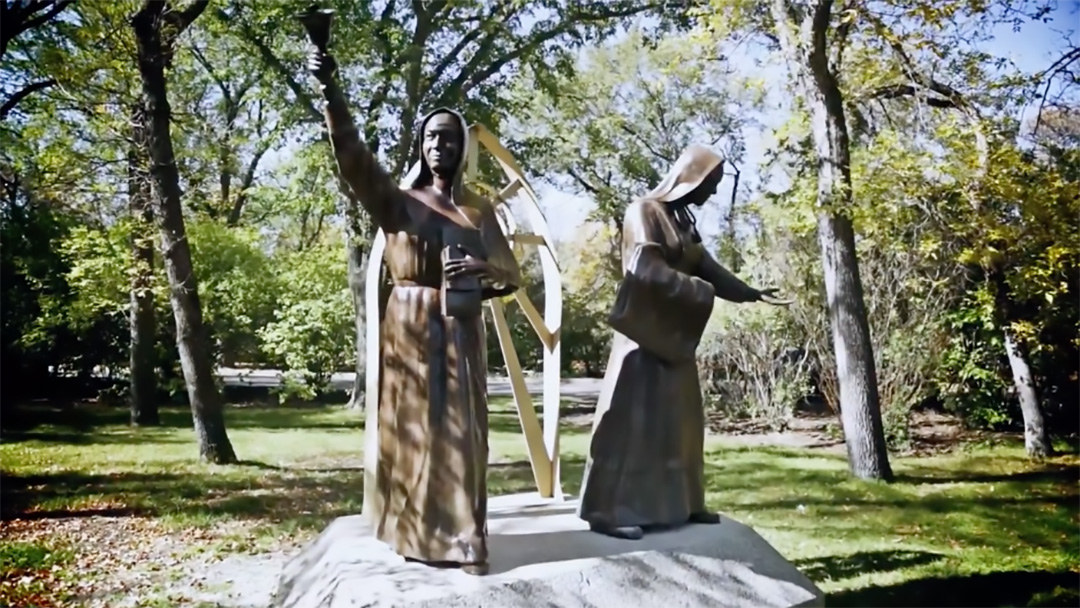 Some 5,500 Catholic Sisters have served in the province, totalling over 85,000 Sister-years of ministry. The monument will be a lasting tribute to their legacy and their selfless service to the people of Saskatchewan.

The monument “Called to Serve” commemorates pioneering religious women who established hospitals and schools in Saskatchewan starting in 1860, laying the foundation for modern day education and health care institutions across our province. The monument features two Catholic Sisters cast in bronze, one representing a teacher, the other a nurse. It was unveiled on October 1, 2015 in Regina’s Wascana Park close to Saskatchewan’s Legislative Grounds.

Saskatchewan Catholic Connections is the organization behind the project and Prince Albert sculptor Jack Jensen was commissioned to create the work. The project has been made possible thanks to the support of private donors, dioceses, men’s religious communities and leading Catholic organizations across Saskatchewan.

More than 500+ guests attended the monument’s blessing and unveiling, including the Apostolic Nuncio to Canada, the Catholic Bishops of Saskatchewan, officials from Catholic health and education, and 180 Catholic Sisters from Saskatchewan and across Canada representing the founding religious orders.

Saskatchewan Catholic Connections is the committee behind the commemoration and installation of the monument.

The Committee’s mandate is threefold, supported by the Bishops of Saskatchewan: