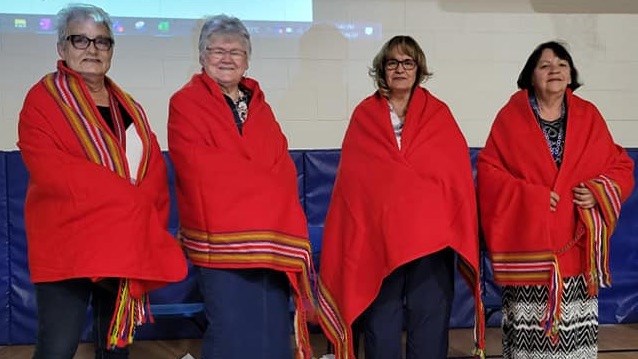 The Michif language program at St. Michael Community School has a new name, thanks to the work and consultation of four kokums (grandmothers).

A partnership with Métis Nation – Saskatchewan led to the Michif Early Learning Pilot Project in 2020, when bilingual kindergarten was first offered at St. Michael. Michif is a traditional language of Métis peoples, and there’s a concerted effort to revitalize the language.

The newly named acahkowin: petite michif opikiskkwewak (spirited little Michif speakers) has grown to include Grade 1, and will expand to Grade 2 in the 2022-23 school year. It is expected to grow one grade each year until it is available for pre-kindergarten through Grade 8.

“The kokums wanted the name to represent a vision for young people and honour the spirit of and intent of the program,” said Cristin Dorgan Lee, principal at St. Michael. “They acknowledge the dignity of each child and how the Creator is working in and through each student. The name reflects hope-filled children who explore their curiosity to learn.”

Elders Sandra Laliberte, Irene Sharp, Louise Oelke and Mary Morin—all fluent in Northern Michif—were honoured at an event on June 7, when the name was revealed. “It was a real celebration of language and culture,” said Dorgarn Lee. The community celebration opened with a student-led prayer in Michif, and included a meal and piyak mîskanâs (bingo).

“Elders are very important to what we do. We recognize their wisdom, and it’s a real gift that we have them to guide us and recognize students entrusted to us as spirited learners. It’s not just language and culture; it’s a celebration of identity.”

St. Michael Community School is a Métis School of Excellence with a has a unique partnership: nākatēyimitowin Educational Alliance with Central Urban Métis Federation Inc (CUMFI). The bilingual program is in partnership with Métis Nation – Saskatchewan. 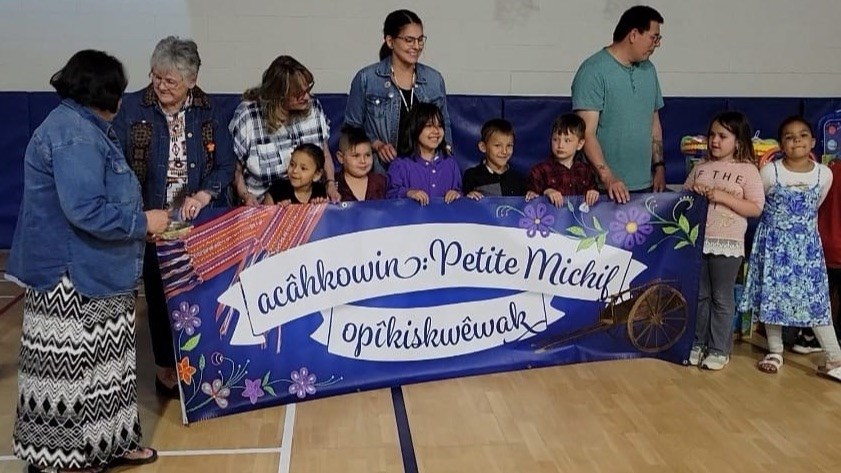 Come and join us for the Annual First Rider Program. See below for more details.

Please join us for our Annual First Rider Program.

Thank You to @YorktonTribalC for providing this!

FYI: See below for info on school supply giveaway.

Applications for Educational Assistants at St. Henry's Jr. School in Melville for the 2022-23 school year now being accepted. Additional information available at: https://christtheteacher.ca/ctt/jobs/educational-assistants/