From Teacher Brett Matlock at St. Matthews Roman catholic School Regina SK: at I just wanted to share my classes mental health campaign video they created this year in collaboration with Understand Us. The video highlights students efforts in the community, and (especially in lieu of everything that is going on), I thought it was a great example of Catholic Education and demonstrating Christ-like behavior. I am very proud of them.
Here is a link to the campaign and the video: http://understandus.ca/uu-initiatives/letters-to-noone/
CBC Article http://www.cbc.ca/news/canada/saskatchewan/letters-to-no-one-understand-us-campaign-1.4095780

Small gestures of love, of tenderness, of care, make people feel that the Lord is with us. This is how the door of mercy opens. Pope Francis 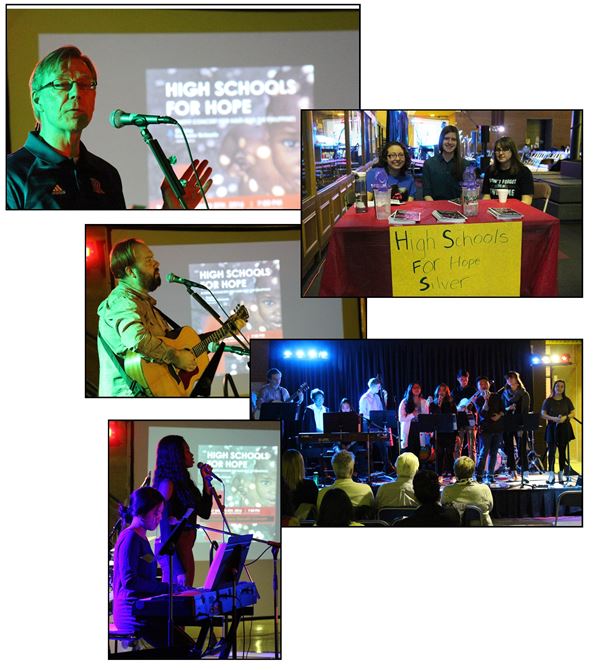 St. Dominic Savio School – Digital Prayer
Genna Rodriguez led one of the sessions at St. Dominic Savio School student retreat and created this video for us.  Genna stated that it was very moving to see how engaged the students were at the retreat.  We were talking about the power of prayer, and how we can blend prayer and technology meaningfully to honour our faith.  The students were so awesome to work with and their voices/faces make the digital prayer really special.

Schools marked the  Red Cross Pink Day on  February  24. It’s a day of bullying awareness, and a chance for students to remind themselves of how to be a good friend. Many schools marked the day with a sea of pink shirt clad students and teachers, but also with liturgies, fundraisers  and rallies. 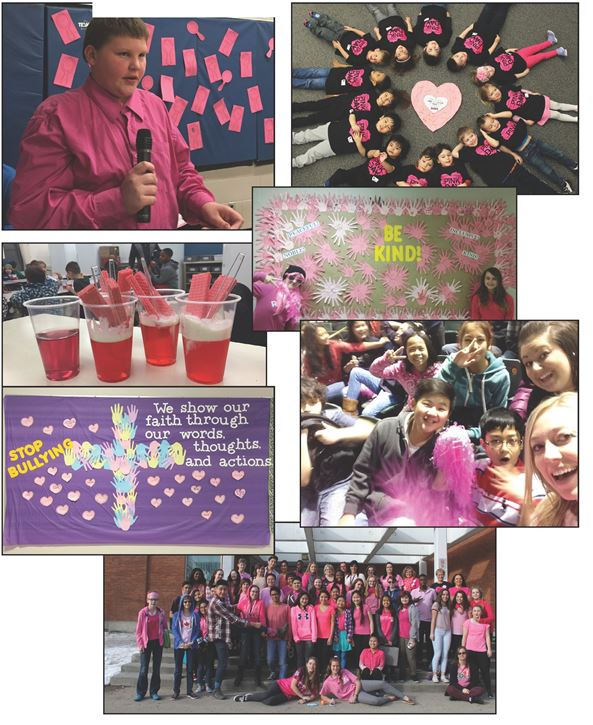 Students of the Cub du Souvenir and Mini Club at École St. Andrew along with the Royal Canadian Legion and Sweet Ambrosia Bakeshoppe provided Valentine’s Day treat for Veterans.  Just under 90 cookies and cards were delivered on February 12 to Veterans who are living in care facilities around Regina. St. Francis Community School students were treated to tales and songs from Aboriginal storyteller Melissa Worme. Many of our school were entertained by stories, which led to drumming, which led to dances, and a beautiful cultural experience. A message from the Director of Education – Rob Currie “Now, with God’s help, I shall become myself.” -Soren Kierkegaard

Archbishop Bohan’s funeral was recently held in the Holy Rosary Cathedral.  In attendance were many clergy and religious personnel, representatives  from  many  Catholic  community  agencies,  representatives from parishes, numerous friends, and leaders from other faith denominations. While listening to Bishop Don Bolen’s inspiring homily, I was reminded that Archbishop Bohan lived his life in a faith-filled way that demonstrated God is with us.   His witness to God served as an example for us in the Regina Catholic School Division, to respect the dignity of and to value each and every person.  As we say in our Division, Archbishop Bohan was a difference maker! We have been truly blessed by his faith-filled leadership and guidance. May God receive His Grace in His arms.

St. Gregory School Musical – In the Big Inning
The community understands and supports the value of Catholic education
St. Gregory put on an amazing production at the Regina Performing Arts Centre. The acting, singing and dancing was rich with faith-filled lessons and positivity. The story spoke of placing trust in God by looking at the Heavy Hitters from the Hall of Faith. A very clever meeting between baseball and the Bible. “…be filled with the Spirit, addressing one another in psalms and hymns and spiritual songs, singing and making melody to the Lord with your heart.” Ephesians 5:18-19 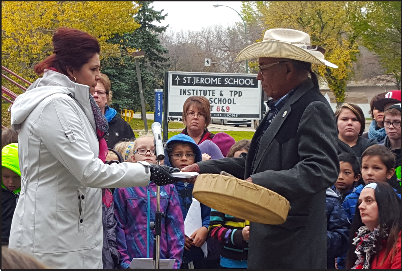 This year, St. Jerome School gathered together for a First Nations Thanksgiving Celebration. The staff, students and parents came together at the front of the school in a sacred circle to offer praise and thanksgiving to our God, the Creator, for all the wondrous gift he bestows on us. Elder Mike Pinay and FNIM Education Coordinator Joanna Landry were able to join us and lead us in praying while facing the four, as well as drumming. Each class also offered up baskets of food to be blessed and then later shared with the community. It was a special celebration to give our many thanks to God. 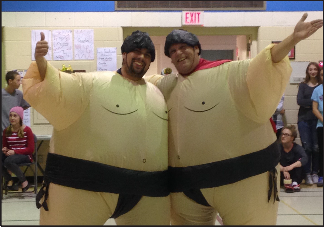 École St. Pius X raised money for the Terry Fox Foundation through September. The students showed their Christ-like behavior by not only donating money, but also by finding ways outside of school to raise money: bottle drives, busking with a ukulele, lemonade stands, and two girls even donated a few hundred dollars of their personal savings. At school, the students organized bake sales, craft sales and jewelry sales. The school goal was to beat last year’s total of $5,200. After counting hundreds of loonies and toonies, our school community far exceeded the goal and raised $8,000! Meeting this goal earned us an entertaining sumo wrestling match between Mr. Pearce and Mr. Michelson. Way to go, Pius!

Mr. Arkin Kauf and Mr. Brett Matlock’s classrooms hosted St. Matthew School’s fourth annual Oil Recycling
Day. It was another successful day as our school collected 700 litres of used oil products and a number of used oil filters! This is the most oil collected in any given oil recycling hosted by St. Matthew School. The oil and filters collected were then taken to the Regina Upgrader for proper recycling.
This student-driven initiative has been recognized by RCE Saskatchewan and United Nations University. Through the program, the students learn about sustainability, ecosystems, appropriate disposal of chemicals, and the world’s water supply, in accordance with the curriculum (Life Science: Interaction with Ecosystems). It has also allowed for grade 7 students to become friends with EFAP students and work towards a common goal. Students Zoe Deiana and Zachary Hillis were interviewed by both the Leader-Post and Global News Regina about this project. Both students did a masterful job of articulating what the program was and what it meant to them.

Miller Comprehensive Catholic High School was extremely blessed to have a visit from Papal Nuncio Archbishop Luigi Bonazzi. He shared a meal with some of our staff and students on October 7th. His Grace also gave each student a special blessing. 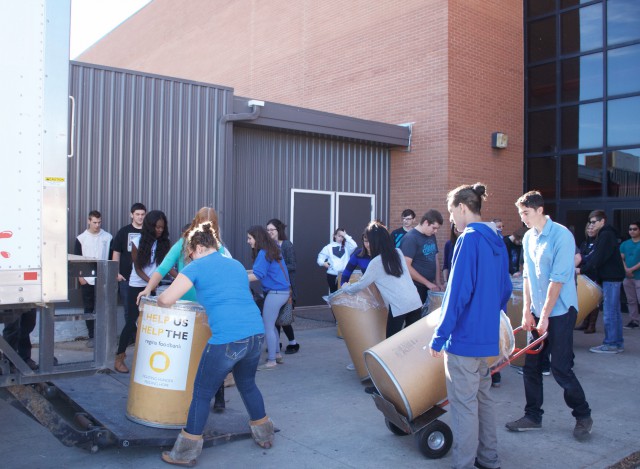 For the fifth year in a row, Michael A. Riffel Catholic High School has set the bar across Canada. The students and staff went all out this year in their food drive to support Regina Food Bank. Farm Credit Canada (FCC) came and picked up the donated food on Thursday, October 22nd. Riffel students filled the trailer behind their tractor and we had to call the Food Bank in and filled their truck as well. Riffel filled 29 barrels, brought in over 90 flats of soup and collected over 300 lbs. of baby food. The Food Bank and FCC have a new calculating process for the money donated. Each dollar donated converts to three dollars of buying power for the food bank so our overall total this year was 27,308 pounds which again makes Riffel the school across Canada that has collected the most in support of the Drive Away Hunger Progam. The generosity and support of Riffel is incredible and at the next assembly we have over 15 young men who have agreed to get their legs waxed in appreciation of the school’s effort. They bring a new meaning to the saying, “Give until it hurts.” Congrats to all who helped make this possible.

On Friday, October 23, St. Timothy School was recognized at the ANCOP Sponsor Appreciation Evening, held at Holy Trinity Parish. ANCOP (ANCOP stands for Answering the Cry of the Poor) is an organization founded by Couples for Christ (CFC), a global catholic community present in over 100 countries, for the purpose of alleviating the destitution of the poor through child sponsorship, community development, and humanitarian relief. Teacher- librarian Rowena Masaoay, and her husband Chris, who works in the IT department, volunteer for ANCOP on weekends and evenings. This year Rowena had started collecting school recycling with the funds going towards the education of a sponsored student in Kenya. St. Timothy was the first school in Regina to sponsor a child through ANCOP. Many of the parishes in the city sponsor this program along with local families and corporate sponsors. Rowena plans on getting the grade 4/5 classroom more involved with the recycling program and perhaps adding another child to the school sponsorship. 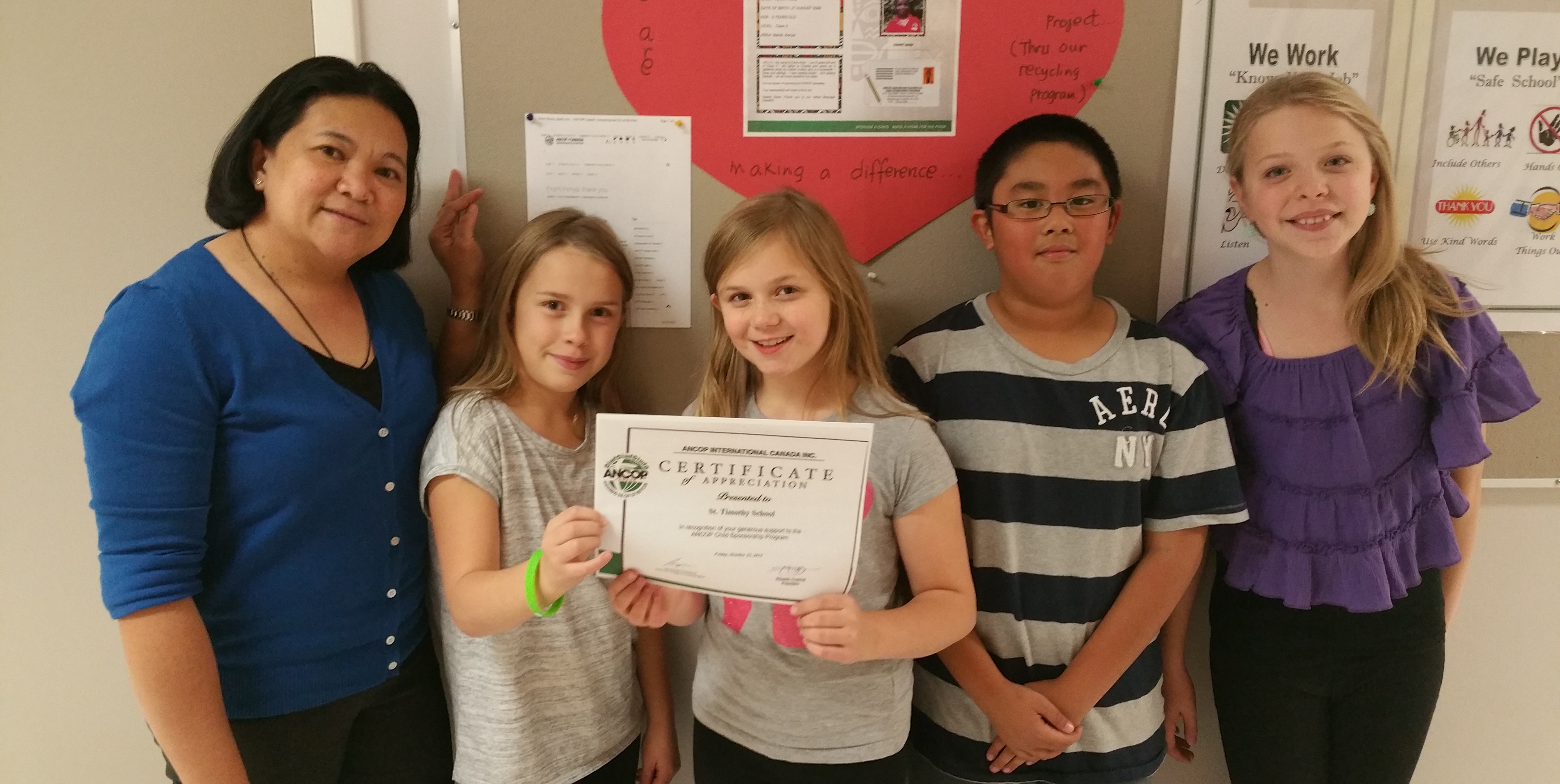 The Solemnity of Saints Peter, Paul, and the Apostles reminds us that Christ called upon them to be teachers and pastors. St. Peter is the patron saint of St. Peter's School in Unity. #CatholicEdSK

On this solemn feast of Saints Peter and Paul, we ask for their intercession and God's blessings for everyone at École St. Peter School and École St. Paul School. St. Paul is also patron of our school division. Sts. Peter and Paul, pray for us. #SaintOfTheDay

Congratulations to all students graduating today from
@EDFeehanHS and @stjguardians!