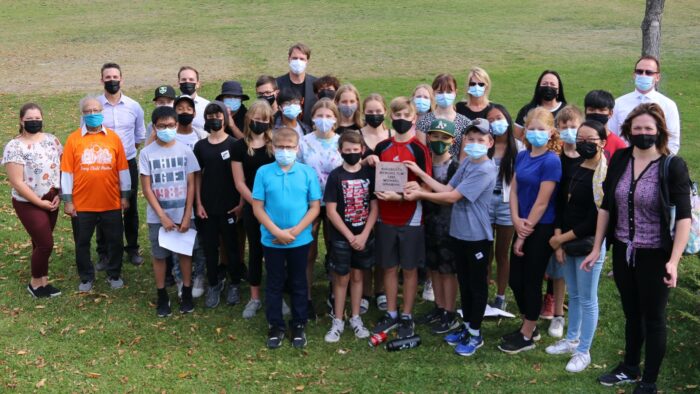 The event, where students shared their learning, capped an inquiry-learning unit about reconciliation. (Inquiry learning combines several traditional subject areas to inquire about a question or series of questions, encouraging students to think critically to solve problems.)

Rigoberta Menchu-Tum, born on January 9, 1959 to a poor Indian peasant family, worked on the family farm, where both adults and children went to pick coffee on the big plantations. As a youth, she became involved in social reform activities through the Catholic Church, and became prominent in the women’s rights movement. She and her family faced persecution after a guerilla organization established itself. She would eventually go into hiding in Guatemala, then flee to Mexico, and became an organizer of resistance to oppression in Guatemala and the struggle for Indian peasant peoples’ rights. Over the years, she has become a leading advocate of Indian rights and ethno-cultural reconciliation, not only in Guatemala but in the Western Hemisphere. Read more about Rigoberta Menchu-Tum.

The peace brick, along with bricks honouring other dignitaries and Nobel Laureates, can be viewed at the Rotary Park Peace Plaza, west of the Victoria Bridge on the south side of the South Saskatchewan River.